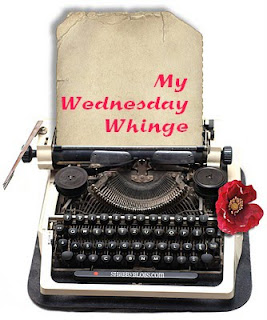 FOLLOWING my recent whinge about apostrophes, I have once again armed myself with a red marker pen in my battle against further assaults on the English language. But this week my target is spelling – prompted largely by the fact that I have just embarked on yet another diet.

What, you may well wonder, do slimming and spelling have in common, apart from the fact that that both begin with the letter S?

Well, a trip around the supermarket hunting for non-fattening sustenance will reveal the answer. My own expedition up and down the aisles of one such temple of consumerism left me incandescent with rage.

Sadly, I may abandon the diet, because it is my firm belief that any comestible which contains the word lite on its packaging should never, ever be bought, let alone eaten.

Let me explain, loudly and clearly: LITE DOES NOT MEAN LOW FAT, LOW CARBOHYDRATE, LOW CALORIE OR LOW ANYTHING ELSE. It is not a proper English word, but was coined by Americans – and we all know they can’t spell.

Lo (as in lo cost or lo calorie) is equally irritating, and victuals described as such should not be purchased or consumed. According to my dictionary (an ancient and well thumbed Chambers), lo means behold, or look, which is probably the best thing to do with processed provisions of this nature.

However, food producers are not the only culprits when it comes to spelling.

The ubiquitous Z has spread like measles and not only pops up in the middle of words (recognize instead of recognise for example), but also puts in an appearance at the end. Curlz, ringz, dayz and petz seem to have become commonplace on shop fronts and billboards.

The letter X is similarly used, and while is good to be appreciated do you really want to support a business which displays a sign proclaiming ‘thanx for your custom’?

Then there is the dreaded U which has ousted the word you. Every high street seems to boast a myriad variations of Goods-U-Like, while a whole host of services (from shoe repairs to MOTs) can be undertaken While-U-Wait.

Double EE seems to be a universal substitute for Y, while KW has supplanted QU. Thus, should you really wish to do so, you can gulp down a kwik cuppa at the cozee café, or find eezy ways to kleen your car and home.

Phones and photos have been banished by fones and fotos , while rite, brite and nite have deposed right, bright and night.

Some of these spellings are so peculiar I sometimes wonder if it is possible to have a word where not a single letter is correct.

Indeed, some businesses seem to find the whole process so mystifying they have given up and now use numbers when they can, stacking their shelves with 2-4-1 offers.

And if that’s not bad enough, I haven’t even begun to try and translate text messages, decipher predictive text, or understand the rationale behind the alternative words suggested by computers…
Posted by Christine Harding at 12:16 am