﻿﻿﻿﻿﻿﻿﻿
﻿﻿﻿﻿﻿
﻿﻿﻿﻿﻿ ﻿﻿﻿﻿﻿﻿﻿ Well, July is almost over and it’s Lammas Eve, the start of the harvest season, of thanksgiving for the bounty of the earth, so before we move on I shall take a look back at the month that’s gone – though perhaps it would have been better to start at the beginning and look forward.

Anyway, July was named by the Romans in honour of Julius Caesar: before him it was Quintilis, the fifth month, so called because the Roman calendar which predated Caesar’s ‘Julian’ reforms began in March. To the Anglo-Saxons it was Haymonath or maed month, a practical acknowledgement that this was the time for haymaking and the flowering of meadows, or meads.

Indeed, the need for good weather to ensure a good harvest seems to dominate many of July’s celebratory days. Best known, of course, is the tradition that if it rains on St Swithin’s Day it will continue to be wet for the next 40 days – all due, apparently, to people moving the saint’s grave from outside Winchester Cathedral (where he had asked to be buried) to the interior of the building. Bad weather stopped when they returned the body to its original place.

There are similar tales connected with St Calais (July 1), St Mary (whose Visitation was celebrated on the 2nd) and St James the Great on the 25th (who shares his day with St Christopher). Sunshine then indicated cold weather to come, while rain meant warm moist conditions lay ahead. Every day had its saint, and every saint seemed to be an amateur meteorologist.

At one time children used to celebrate the Feast of St James by making caves and grottos, decorate them with shells in honour of St James, whose emblem is a scallop shell, while chanting the following rhyme:

Most bizarre of the July saints, however, is Wilgifortis (July 20th), who took a vow of virginity, prayed for God to save her from an unwanted suitor and promptly sprouted a beard. Needless to say her horrified suitor fled and her angry father had her crucifed, which seems a little extreme.

July also boasts American Independence Day (on the 4th), marking the day in 1776 when the nation finally broke away from England. Then, on July 14 there’s Bastille Day, a national holiday in France to commemorate events during the Revolution in 1789 when the Parisian mob stormed the Bastille prison, a symbol of repression.
﻿
﻿ A host of other countries have jubilees during the month, including Canada, Hong Kong, Somalia, Belarus, Venezuela, Algeria, Argentina, the Bahamas, Belgium, the Maldives and Peru, while the Japanese hang wishes from bamboo at the festival of Tanabata on July 7th to remember lovers Orihime and Hikoboshi, separated by the Milky Way and allowed to meet only once a year.

Other July activities include the Henley Regatta, the second week of Wimbledon, and Swan Upping, an 800-year-old custom carried out on a 70-mile stretch of the Thames in which the Queen’s swans are marked and counted. Important anniversaries which occur during the month include the creation of the Salvation Army in 1865, and a 1928 Government decision to give the vote to women over 21.

July also sees the start of the Dog Days, a reference to an ancient belief that hot, sultry summer weather was caused by Sirius the Dog Star, the brightest star in the night sky, moving close to the sun. In addition, July 2nd is the exact mid-point of the year, with 182 days behind and 182 ahead. Personally I feel this is as worthy of celebration as Midsummer Day. 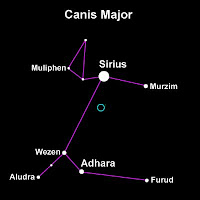 In America the whole of July is National Ice Cream Month which, I feel, is a custom we would do well to adopt here in Britain.

Finally, a verse from The Months by Sara Coleridge, daughter of the Samuel Taylor Coleridge: