Tell Someone You Love Them 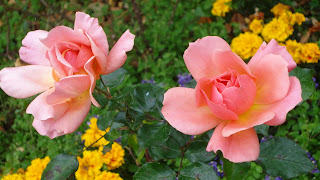 The Hallowe’en season continues with All Souls’ Day which, unlike All Saints’ Day, is a chance for church congregations to remember all those who have died – not just the saints and martyrs, but the souls of those in Purgatory who must atone for their sins before being admitted to Heaven.
The day has been part of Christian tradition since 998 when Abbot Odilo, from Cluny, in France, held a local feast in his monasteries. Over the next few years it became more and more popular, and spread throughout the Catholic world.
Today many churches still hold special services and, as with All Saints’ Day, people light candles and lay flowers on the graves of their loved ones, but the festival is no longer as strong as it once was. Before the reformation poor Christians offered up prayers for dead in return for money or soul cakes, which were a type of round spicy bun.
Even in the 19th century ‘souling’ seems to have been one of those traditional seasonal customs, like mumming at Christmas and pace egging at Easter, and it seems to have had elements in common with these other activities. The format varied from place to place, but generally children would knock on doors (sometimes accompanied by a hobby horse), singing a song while begging for pennies and cakes – an early form of trick or treating perhaps. Here is an example of a souling song:


“A soul, a soul, a soul cake
Please, good missus, a soul cake
An apple, a pear, a plum or a cherry
Any good thing to make us all merry
One for Peter, two for Paul
Three for Him who made us all”
Originally it seems that poor folk eating a cake took on the sins of the dead, releasing a soul from Purgatory, which is an odd concept for the modern mind to grasp. It sounds almost cannibalistic – and I wonder what happened to all those impoverished people weighed down with the misdeeds of others. At any rate, by the 19th century the custom seems to have become more symbolic, with a soul released for each cake eaten, just as mince pies consumed over the Christmas period are said to bring good luck in the months ahead.
Since today is about honouring those who have died, perhaps today would be a good time to do some family research... or sort through your old family photographs... or just tell someone you love them.
Posted by Christine Harding at 10:00 pm