What Were Your Favourite Children’s Books? 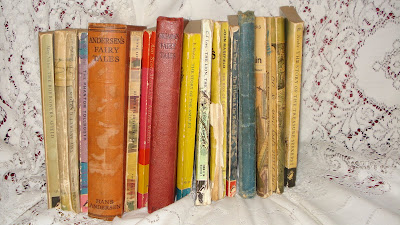 CAN you name at least one book that you read as a child (ie 11 or under) that still exists in your memory as a perfect story?
You can say why if you wish, or simply give a list — it’s your choice. It can be a story that you are now uncomfortable about having loved, or were uncomfortable at some point and have now come back to, or one that you have always loved.


That’s the challenge issued to me by my friend Phillipa Ashley, a prize-winning romantic novelist (Decent Exposure, Wish You Were Here), who is as passionate as I am about reading and writing – see her website at http://phillipa-ashley.com/


Actually, I always find ‘favourite’ lists difficult to compile: so much depends on memory, mood, location, people, events and so on. Then there’s the impossible task of trying to pare the entries down as the entries grow and grow.


Anyway, here is a far from perfect record of some much-loved childhood volumes.


The first book I ever had was AA Milne’s When We Were Very Young, bought for me when I was less than a year old, packed with stories, all in rhyme, and all just as perfect now as they were then. I can still recite many of them by heart, and I still make up my own tales about the King who liked a little bit of butter on his bread, or James James Morrison Morrison Weatherby George Dupree’s mother, just as I did when I was young – although in some cases my perspective has shifted with the passing of the years. 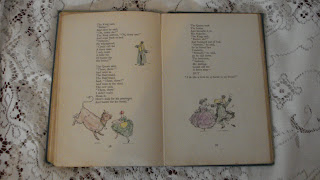 Then there was Adventures of Mr Pip, about a strange goblinish little man, who loved the colour red, and was always getting into trouble. I remember one incident where he was invited to dinner with a friend, but the friend was some kind of lizard or frog or toad (or maybe a chameleon) so the dinner was flies, and he went home hungry. An Internet search revealed that this was written by Francis Barrie Flint but I could discover nothing else. The pictures stick in my mind because it was illustrated in colour, which must have been unusual at the time. Perhaps that is why I loved it so much.


Delightful illustrations by Margaret Tempest were an integral part of Alison Uttley’s Little Grey Rabbit books, and of Joyce Lankester Brisley’s line drawings for her Milly Molly Mandy stories, which entranced me then and now. Even in my childhood they must have presented an old-fashioned and simplistic view of life, but that is what makes them so alluring. It’s a portrait of a nice, safe, secure world, where nothing really bad ever happens.


Already familiar with Lewis Carroll’s Alice in Wonderland and Alice Through the Looking Glass, at my aunt’s I read his Sylvie and Bruno tales, and when we visited my father’s parents I always sat with an old set of children’s encyclopaedias or guides to knowledge. I have no idea what they were called, but they had brown covers, with gold writing on the front, and seemed huge. The marvellous thing about them was that alongside the educational articles each volume had a series of stories on different themes – King Arthur, the legends of ancient Greece and Rome, Robin Hood. 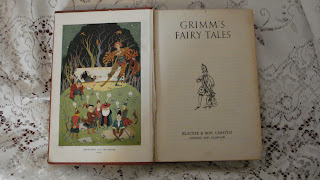 On a similar note, I have treasured copies of Grimm’s Fairy Tales and Hans Christian Andersen. To this day I am still gripped by the magic of the Arthurian legends and I adore myths and folk tales, whether they are children’s versions, centuries-old recitations or modern interpretations. 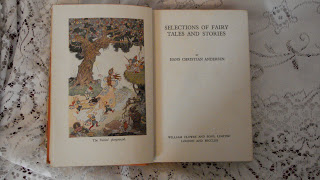 Kipling remains a favourite - The Jungle Book, The Tale of Rikki-tikki-tavi, Puck of Pook’s Hill, Rewards and Fairies and, best of all, the Just So Stories, especially The Elephant’s Child. Who could resist the lure of the great grey greasy Limpopopo river, all set about with fever trees, where the Elephant’s Child, filled with ’satiable curtiosity discovers what the Crocodile eats for dinner – and gains a trunk in the process. Absolute perfection!


Perfection is also achieved by JRR Tolkien with The Hobbit, which would definitely be on my desert island list, should I ever be asked to produce one. I was first introduced to Bilbo Baggins at primary school, and in my mind his voice is an echo of the teacher who read to us – slightly northern and a little gruff, but kindly.
If asked to choose one book, this would almost certainly be it. 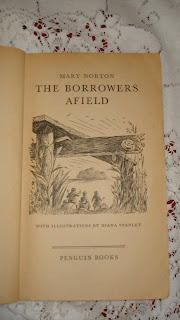 There were more magical adventures in John Masefield’s The Midnight Folk and The Box of Delights, as well as CS Lewis’ Narnia series, all of which I read again, and again and again.
The Borrowers, by Mary Norton, is one of the most enchanting stories I have ever encountered, and I love to think of them living alongside us, hidden from view in a secret, miniature world, making use of all the items we discard or lose.
Secrets and hidden lives also feature in The Secret Garden by Frances Hodgson Burnett, which I return to time after time. However, much as I yearn for happy endings, the older I get, the more irritated I become by the sickly sweet finale.
The Family from One End Street, by Eve Garnett and Worzel Gummidge, by Barbara Euphan Todd, were also much-loved favourites, together with anything by Noel Streatfeild (Ballet Shoes, White Boots, The Painted Garden) or Edith Nesbit (The Railway Children, The Treasure Seekers, The Wouldbegoods, Five Children and It).

There was The Swish of the Curtain, by Pamela Brown, about a group of children who set up their own theatre company; Auntie Robbo, by Ann Scott Moncreiff, about an exceedingly idiosyncratic old lady who travels the Scottish highlands with her nephew and a group of other children, and Johnny Tremain, by Esther Forbes, which taught me more about the American Revolution than any history book.


And how could I forget Lucy Maud Montgomery’s Anne of Green Gables; Norton Juster’s The Phantom Tollbooth or James Thurber’s The Thirteen Clocks and The Wonderful O – this last, set in a land where the letter ‘O’ is banned, is a must for anyone who loves words. 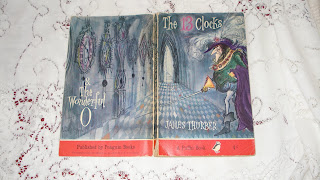 My literary tastes must have been formed at a very young age (or perhaps I am a very undaventurous reader) because I still love the vast majority of these books.
Posted by Christine Harding at 4:23 pm