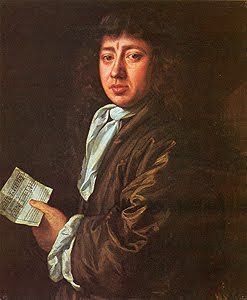 IT is January 1, the New Year: a time to reflect on the past, and to look ahead to the future – and what is a diary, if not a reflection on one’s life, past, present and future?

So what better way to mark the occasion than by considering what some of our greatest diarists have to say about the day (bearing in mind that until Britain adopted the Gregorian calendar in 1752, New Year was officially on March 25).

The incomparable Samuel Pepys penned his first diary entry on January 1, 1660, telling us: “This morning (we lying lately in the garret) I rose, put on my suit with great skirts, having not lately worn any other clothes but them. Went to Mr Gunnings church at Exeter house, where he made a very good sermon… Dined at home in the garret, where my wife dressed the remains of a turkey, and in the doing of it she burned her hand.”

During the afternoon he stayed at home looking through his accounts, then he and his wife went to his father’s for supper, observing the ‘great posts’ set up by the city council at the Conduit in Fleet Street.

Dorothy Wordsworth described a quieter life in her journal for January 1, 1802. “We walked Wm and I towards Martindale,” she wrote.

In 1871 the Rev Francis Kilvert saw the New Year in with his mother and brother. They heard the sound of bells ‘faintly and muf fled’ over the snow. “We opened the dining room window to ‘loose in’ the sound of the chimes and the ‘new year’ as they say in Wales,” explained Kilvert.

It was bitterly cold, but they went to the door to hear better, and he adds: “I was carrying my travelling clock in my hand and as we stood on the terrace just outside the front door, the little clock struck midnight with its tinkling silvery bell in the keen frost. We thought we could hear three peals of Church bells, Chippenham, St Paul’s and very faintly Kington.”

He and his family were not so very different to modern families checking their digital watches as they watch the television and wait for the sound of Big Ben to be relayed across the country, thanks to the wonders of modern technology.

One of my favourite diarists is Barrow housewife and mother Nella Last, who wrote for the Mass-Observation project during and after the Second World War. On January 1, 1941 describes how she heard a boy singing on the doorstep, and as her husband searched for coppers for the wassailer, she realised the dog was behaving strangely.

‘Then all was laughter and confusion and tin hats, as my Cliff rushed in and said, “Happy New Year, folks – I’m glad I managed to get here tonight!’ He had got 14days leave and was lucky enough to get a lift to Preston and catch a train by minutes! He looked so well and gay – says he feels well too.’

It was a moment of happiness during the dark days of the war, when families up and down the country must have hoped and prayed for the safety of loved ones fighting far away.

Finally, a diary entry from actor Alec Guinness for January 1, 1995 (quoted in, My Name Escapes Me, the third volume of his autobiography), will strike a chord with all those who over-indulged last night – or with anyone who just hates mornings.

He said: "Through a chink in the bedroom curtains my unenthusiastic eye caught an early-morning glimpse of the New Year; it looked battleship grey... I never liked New Year's Day anyway."
Posted by Christine Harding at 10:29 pm