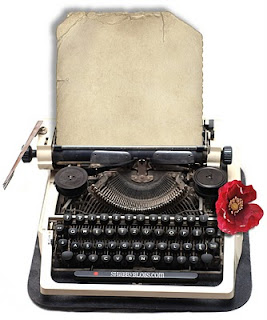 FOR a while, after I was made redundant, I wrote a Grumpy Old Woman column which, much to my surprise, was favourably received by kind friends and acquaintances.


Now, having taken a leap into cyberspace with Facebook, Blog and Twitter, I am reviving my venomous views on the vicissitudes of life in the Wednesday Whinge.

All comments will be gratefully received – I would like to know someone is reading my efforts, and some of your suggestions may provide inspiration fr future postings.

It’s a chance for me to moan and groan about the many things that irritate me (washing up, loud music, trains that don’t run on time, litter, vandals, apostrophes in the wrong place) and how things are not what they were when I was young.

So, while this may be written with the aid of modern technology, I am accompanying it with a picture of a typewriter, partly because I am in nostalgic mood – and partly as a tribute to the once-great newspaper industry.

Besides, it was always easier to work up a string of invective while bashing away on the keys of this ‘ancient’ machine. As an added bonus unsatisfactory literary efforts could be ripped out, scrunched into a ball, and hurled across the room.

And who needed anger management when you could work off ill-humour and aggression by banging the typewriter up and down on your desk? You can’t do that with a computer!

Traditional newsroom typewriters, covered in protective layers of cigarette ash, Tippex, and food crumbs stood up to a remarkable amount of ill-treatment and, unlike computers, never, ever answered back.

They didn’t produce any of those high-tech messages that mysteriously appear on my screen. You know the kind of thing: “An unknown website wants to open a programme on your computer…”

Or: “Do you really want to delete this file and its contents?” Somehow, this always sounds disapproving, and makes me feel I must be doing something wrong.

Worse still are the notifications stating that the programme is ‘not responding’ and closing it may result in the loss of unsaved data. So what am I supposed to do? Abandon the computer? Force quit? Try to carry on regardless?

Then there are the passwords. Whether it is due to old age and decreptitude or whether, like Pooh, I am a bear of very little brain, I do not know, but I cannot remember passwords – and even when I do get it right, the computer still insists I am wrong and denies me access.

And selecting a password is a nightmare, prompting all kinds of responses from my electronic guide. A simple ‘Open Sesame’ will not suffice. The magical command has to be alphanumeric (with words and numbers). Better still, it should have a mix of upper and lower case characters, as well as symbols. I key in gibberish, and up pops another communication, warning me that my choice poses a high security risk because it is not strong enough.

I never had these problems with my trusty old typewriter – although the entire carriage did once fall off when I pressed the return lever….
Posted by Christine Harding at 12:12 am