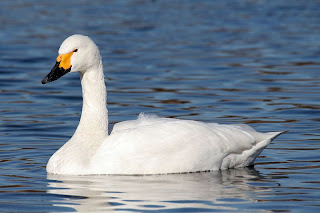 First an apology that I have not blogged for a while while getting to grips with my Open University course - then the laptop went wrong and I couldn't access my blog, gmail account, OU site or very much else.

The Man of the House (who has his good points) spent an entire day working on the computer and, hopefully, all now is now fixed - I am trying to key this in this with fingers crossed, to ensure nothing goes wrong, but it doesn't do a lot for my typing skills).

We have had the first fog of autumn since I posted my last literary effort. Two weeks ago now (October 7), and I had to drop paperwork off at the Credit Union office before it opened, so I abandoned the queues on the A5 and drove to Atherstone through Polesworth and the villages.

It was beautiful, with leaves and branches decorated with droplets of water, which glittered like diamonds as the sun began to pierce the gloom, and shining, golden showers dripped from overhanging branches.

In the fields solitary trees were transformed into twisted witches, while hedges became gnarled gnomes, and a prehistoric monster looming out of the swirling fog lost its terror as it neared, and revealed itself to be nothing more than a tractor and trailer.

A few days later we had the first frost, when cars and walls were covered in white, like icing sugar drizzled on a cake.

Then this morning I heard that the first migrating Siberian swans had arrived in the UK three weeks early which, apparently, heralds a long hard winter (don't you just love Radio 4's Today programme?)

Moving back to the OU I've attended my first day school in Birmingham (it was wonderful meeting other students and exchanging ideas) and missed my first tutorial because I got lost in Sutton on my way to the school where it took place (I know, I should be ashamed of myself as not only did I sometimes sub the Sutton paper, and really should know where places are, but it's only just down the road from Tamworth).

I've enjoyed studying the first two chapters (Cleopatra and Marlowe's Doctor Faustus)in the Reputations book, which forms the first part of The Arts Past and Present, which is a mandatory foundation course for all arts/humanities students - and I've roughed out my first assignment.

Then I managed to order air tickets online for my mother's 'flying' trip to Ireland to visit her brother. It was the first time I had done anything like this on the Internet, so I was very proud of myself - and mum was delighted with my achievement.
Posted by Christine Harding at 8:43 am