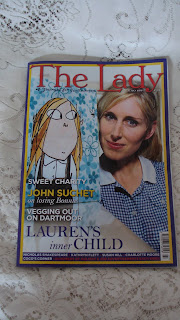 A MISH-MASH is probably the best way of describing today’s blog.

As you can see, there are still issues following my installation of a third column, but it does look a little better than it did yesterday. However, the header is not right, there is a peculiar little white bit which is wider than the left hand column, and it all looks too busy.

Oh well, I shall think about it tomorrow…

Today I am thinking about packing. We are off to Sheffield tomorrow prior to Younger Daughter’s graduation on Monday.

I have stitched buttons on her dress (I was customising High Street purchases long before Gok got in on the act) and she has been out hunting for shoes and a belt.

Meanwhile I am desperately trying to remember where I put the wrist bands that (allegedly) prevent travel sickness. I would have to admit that even in conjunction with tablets they have produced no noticeable improvement, but I remain optimistic that these remedies, coupled with my pre-journey rituals (nothing to eat or drink) will work this time.

Also, I must remember to buy food for Elder Daughter and The Cat, who will be looking after each other in our absence. Elder Daughter can feed herself but TC, alas cannot, which could prove a problem.

And, of course, there is a shirt to be ironed for The Man of the House, who is currently try to squeeze himself into his one and only suit in a bid to meet YD’s demand that he look presentable for her big day.

While he does that, I will take a break and catch up on last week’s edition of The Lady (July 6), which I bought (for the first time in many years) to read an article about Lynne Hatwell, the Devonshire community nurse who writes Dovegreyreader – which is just about the best book blog on the net.

Anyway, I was amazed at the transformation in the magazine, which has been dragged kicking and screaming into the 21st Century. It no longer looks like a left-over from the Victorian era. It is bright, attractive, well laid out, and easy to read.

The traditional leisure and lifestyle features are still there, but editor Rachel Johnson has ensured there is a balance with more serious issues, including an interview with John Suchet explaining his decision to send his beloved wife Bonnie (who suffers from dementia) to a care home.

Best of all the ‘situations and appointments’ pages are still there, seemingly unchanged since The Lady (A Journal for Gentlewomen) was founded more than a century ago.

The adverts for companions, cooks, housekeepers, nannies and gardeners are an echo of a bygone age and a way of life unknown to most of us.

Finally, I have now finished Hilary Mantel's Wolf Hall.  More on this another day.
Posted by Christine Harding at 4:18 pm