WELL, I promised I would reveal my current reading pile, so here it is: 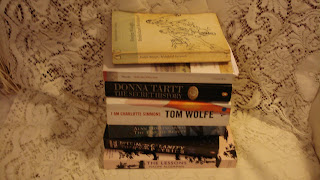 The Lessons is one of six books recommended by the Writers' Centre Norwich (http://www.writerscentrenorwich.org.uk/) as part of a Summer Reads project, and the other volumes are the ‘if you loved this you’ll love…’ links.

Each of the other five choices has its own ancillary list, and the whole scheme is supported by Norfolk Libraries and the county’s bookshops, with reading guides, book clubs, and a Facebook encouraging people to read, reflect and discuss.
Anything that promotes reading is a good idea, so I am taking part from afar – and I thought it would be good to explore some new genres and abandon my usual ‘pic’n’mix’ approach for something a little more focused.
My original idea was to read one of the main recommendations alongside an ‘old favourite’ (where there was one), from that group.

However, I got off to a slow start because I was unable to buy or borrow the books locally. All I can say is thank goodness for Amazon!

And, as usual, I got carried away. Having read The Lessons, and located my ancient copy of Brideshead Revisited, I decided I just HAD to read The Secret History, so I ordered that. Then it seemed silly not to read the others on the ‘love this’ list, so I sent for them too.

And what, you may well ask, are my thoughts so far? 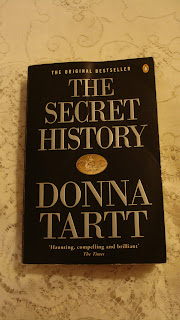 I’ll start with Donna Tartt. How come I haven’t encountered her work before? Where have I been that I missed her? I LOVED the way she writes - I couldn’t put this book down. Two nights running I sat in bed reading into the early hours.

The Secret History was erudite, scholarly, steeped in knowledge of the classics and ancient Greek. By the end I had a list of facts to be checked out and books to be discovered or revisited. Homer and Marlow have been unearthed and added to the reading pile (at this rate it will soon be as tall as me) while the wish list bears the cryptic notes ‘Jacobean and Greek tragedy’, ‘more Tartts’ and ‘decent atlas’.

This is why I read in such a random fashion: I start one book, and it sends me off in all sorts of other directions (just like The Queen in Alan Bennett’s The Uncommon Reader).

Usually I have several books on the go at once, so the ‘must haves’, ‘re-reads’ and ‘find-out-mores’ frequently threaten to overwhelm the house, and I find myself shifting stacks of books from place to place, in a mad variation of musical chairs.

Anyway, enough of that – let’s get back to The Secret History. It drew me in, step by step, unfolding a story of horror, but showing how easy murder can be. Once set on their destructive path Tartt’s elite group of students cannot withdraw, but it is the small irritations presented by their victim that prove the final straw.

They are curiously amoral about committing not one, but two murders (the second is a consequence of the first), but the effects of their actions are far reaching, and all are visited by a kind of Nemesis which prevents them reaching their potential.

The climax of the novel is shockingly unexpected, but is the only possible outcome. After that the tale flattens out as the last few pages relate the broken dreams and wasted lives of those who are left.

On the face of it the narrator, Richard, is the outsider, unable to accept his own dull upbringing, desperate to be accepted by his wealthy, glamorous, clever colleagues.

But his new found friends are equally anxious to be part of a surrogate family. All have been scarred by their childhoods: Bunny, whose banking family leave him perpetually short of cash; Francis, wealthy, gay and promiscuous, at war with his socialite mother and her toy-boy second husband; twins Charles and Camilla, oddly close, brought up by relatives after the death of their parents, and Henry, suave, calm and impossibly intelligent.

Central to the action, he remains something of an enigma: I found it difficult to tell if he is saint or sinner, manipulator or victim. Is he what he seems or, like the others, has he created a persona that helps him face the world? 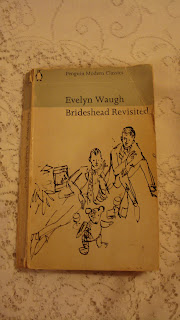 Waugh’s classic, Brideshead Revisited, still holds me entranced some 40 years after I first read it. It offers a haunting view of life at an elite Oxford College and follows the characters over two decades, from their student days in the Roaring Twenties through to adulthood in the Second World War.

Charles Ryder, lonely, unloved by his distant, sarcastic father, is captivated by charming, feckless, golden-haired Sebastian Flyte, with his teddy bear Aloysius, his dissolute friends, the keepers who watch over him, his aristocratic Catholic family and Brideshead, the beautiful stately home where his family live.

But while the friendship gives Charles a sense of belonging, Sebastian is desperate to escape the confines and expectations imposed by duty and religion.

There’s a tragic inevitability about his disintegration, just as there is to the break between Charles and the Flytes.

He mourns his lost youth, feeling he was only truly alive during his time with Sebastian. Then, years later he meets Sebastian’s sister Julia again and the two fall in love – only to part because she cannot reconcile her faith in God with marriage to an unbeliever.

Indeed, faith -and lack of it - are an integral part of the book, as characters wrestle with moral issues and try to come to terms with the sense of guilt that seems to affect so many Catholics.

Even Charles, who may be in love with Sebastian, Julia, or the whole family, cannot remain unaffected.

When he finally returns to Brideshead in charge of troops who are billeted there, in the chapel he finds hope of a sort – a flame of faith which burnt for the Crusaders centuries ago burning still for soldiers far from home. 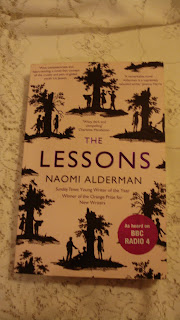 I was intrigued by reading an interview with Naomi Alderman, but The Lessons, which has been compared to Brideshead Revisited and The Secret History, failed to please.

Sadly, it didn't do anything for me at all.  I didn’t like sex scenes. The students never came to life and, having read it, I cared so little about them I couldn’t even remember their names or what they did – and that’s really all I want to say about it.

However, there are some obvious parallels between the three novels, since each is set (initially at any rate) in an elite college, and each boasts an outsider as narrator, seeking entry to a gifted but flawed group.

There are questions about the values of society, the choices made by individuals – and the way those decisions affect future lives.

Relationships are at the heart of all three novels, and comparison shows how attitudes towards homosexuals have changed since the publication of Waugh’s masterpiece in 1945.

At one point he describes Sebastian as gay, but he uses the word in its original meaning of bright, lively and happy. Waugh is never explicit about the relationship between Sebastian and Charles, so you are never sure if they are simply innocent friends, or whether there is a sexual element.

But Tartt and Alderman were both able to write more openly.

Anyway, I have now started Special Topics in Calamity Physics, by Marisha Pessl, and will try to report back on moew Summer Reads at a later date.
Posted by Christine Harding at 10:42 pm