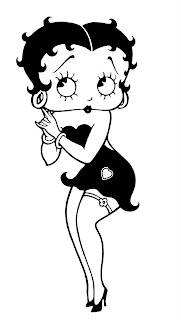 BOOP oop a doop boop! Betty Boop is 80 today – and you must admit she doesn’t look bad for her age!

She first appeared in the cartoon Dizzy Dishes, on 9 August 1930, and became hugely popular in a very short space of time, and has retained her iconic status through to the present day.

Created by Max Fleischer and animator Grim Natwick for Fleischer Studios, Betty was originally envisaged as a cross between a poodle and a woman, but soon became all woman in a series of films distributed by Paramount Pictures.

She was the first cartoon character to become a sex symbol and both her appearance and the storylines, were considered to be more than a little risqué.

Betty Boop is said to have been modelled on Helen Kane, the actress, singer and dancer known as the original ‘Boop-Oop-A-Doop’ girl, but she may also have owed something to ‘It’ girl Clara Bow. 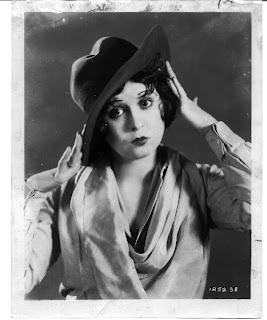 At any rate, Kane (pictured above)sued Fleischer and Paramount, claiming they had exploited her with a caricature, but lost her case because the judge ruled that neither her appearance nor her singing style were unique.

However, by the mid-1930s new guidelines for the motion picture industry meant studio bosses had to make Betty more wholesome, with less sexual innuendo. Out went her short skirt and trademark garter, replaced by more decorous garments - but respectability came at the expense of popularity.

Today she is more popular than ever before. There is a thriving merchandising business and her name has passed into popular culture.

She may be a male fantasy, but she is viewed as strong rather than weak or down-trodden – a woman with an enormous zest for life, who is vulnerable, but lives life on her own terms, without losing her femininity.
Posted by Christine Harding at 9:16 pm